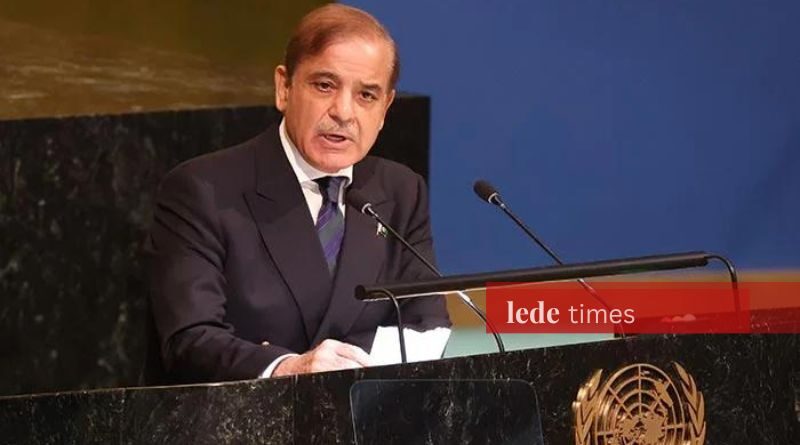 Prime Minister Shahbaz Sharif on Friday said that he seeks peace with India and called for its government to take credible steps to create an “enabling environment” for “constructive engagement”.

Speaking during the 77th session of the United Nation’s General Assembly UNGA in New York, United States, the premier said that India “should demonstrate its sincerity and willingness, to walk the path of peace and dialogue by reversing its illegal steps of August 15, 2019, and ending forth-with, the process of demographic change.”
The premier requested the UN and international community to play their rightful role in urging India to implement the long pending resolutions.

“In a classic settler-colonial project, India is seeking to turn the Muslim-majority Jammu and Kashmir into a Hindu-majority territory, through illegal demographic changes,” he said during his address at the UNGA.

At the outset of his address, the prime minister spoke about the climate catastrophe in Pakistan that pushed one-third of the country under water. The monsoon-induced floods have affected 33 million people, including women and children — who are at high risk of health hazards. He said that roads, bridges, and homes have been affected, while four million acres of crops have been washed away and more than a million animals have been killed.

Talking about climate change in Pakistan, PM said that the country has not played any part to trigger this calamity as Pakistan emits less than 1% of greenhouse gases but falls in the 10 most climate-vulnerable list of countries.

“Our glaciers are melting fast, our forests are burning, and our heat waves have crossed 53 degrees, making us the hottest place on the planet,” he highlighted, saying that what happened in Pakistan will not stay in Pakistan.

During his address, PM Shehbaz thanked the UN chief and the countries for helping and assisting Pakistan during the ongoing crisis. Talking about the relief measures, the premier said that the Pakistani government mobilized all available resources. “Why are my people paying the price of such high global warming through no fault of their own?” he questioned.

PM Shehbaz further said that the country’s urgent priority was to ensure rapid economic growth and lift millions out of destitution and hunger. “To enable any such policy momentum, Pakistan needs a stable external environment,” he added.

The premier also spoke about the plight of the Afghan people during his address and shared that Pakistan wants to see the country “at peace with itself and the world” while respecting and nurturing all its citizens indiscriminately.

He also spoke about the Afghan women’s and girls’ right to education and work, while urging the world to avoid isolating the Afghan Interim Government, as it could “aggravate the suffering of the Afghan people, who are already destitute”.

“Constructive engagement and economic support are more likely to secure a positive response,” he said. The premier said that a peaceful, prosperous, and connected Afghanistan is in everyone’s “collective interest”.

“We must avoid another civil war, rising terrorism, drug trafficking or new refugees — which none of Afghanistan’s neighbors is in a position to accommodate,” he stated, urging the global community to contribute to the UN Secretary-General’s appeal for $4.2 billion in humanitarian and economic assistance to Afghanistan.

PM Shahbaz highlighted that the threat posed by major terrorist groups operating from Afghanistan can be dealt with via the “support and cooperation of the Interim Afghan authorities”.

‘Terrorism does not have a religion’

PM Shahbaz, during his first UNGA address, said that Pakistan strongly condemns terrorism in all its forms and manifestations.

“Terrorism does not have a religion. It is based on dogma, fueled by poverty, deprivation, injustice and ignorance, and fanned by vested interests,” he said, adding that Pakistan has remained the principle victim of terrorism.

“Over the last two decades, Pakistan have suffered more than 80,000 casualties and over $150 billion in economic losses due to terrorist attacks… Yet, we continue to suffer terrorist attacks from across our borders, sponsored and financed by our regional adversary. We are determined to defeat such cross-border terrorism,” the premier said.

Shedding a light on the issue of Islamophobia, the PM said that the officially sponsored campaign of oppression against India’s over 200 million Muslims is the worst manifestation of Islamophobia.

PM Shehbaz said that he hopes that designating March 15 as the International Day to Combat Islamophobia should lead to concrete measures by the UN and the member states to combat this issue and promote interfaith harmony.

The PM also called on Israel to put an immediate end to the blatant use of force and flagrant violations of human rights of the Palestinian people and the repeated desecration of the Al Aqsa mosque.

He stated that the just and lasting solution is the acceptance of a viable, independent and contiguous Palestinian State, with the pre-1967 borders, and Al-Quds Al-Sharif as its capital.

At the end of his speech, PM Shehbaz said that the Security Council and the General Assembly must play their respective roles under the UN Charter and that Security Council must be expanded. He said that 11 new non-permanent members to make it more representative, democratic, transparent, effective and accountable which will paralyses the council’s decision-making, enlarge its representational deficit, and create new centers of privilege in violation of the principle of sovereign equality of member states.

“We must restore peace in Europe, avoid a war in Asia and resolve festering conflicts across the world,” he said, adding that Pakistan will work with all those committed to the UN Charter’s principles — to restore the vision which created the United Nations and to equip this organisation with the capacity to preserve global peace and promote universal prosperity.e bitterest fruit has sugar in it. 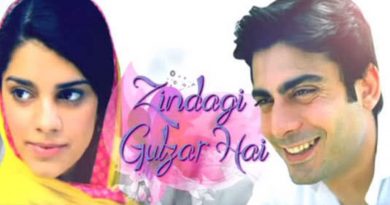 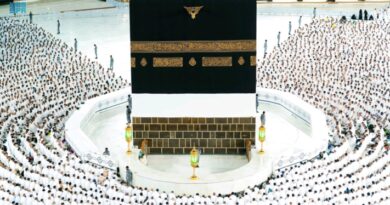