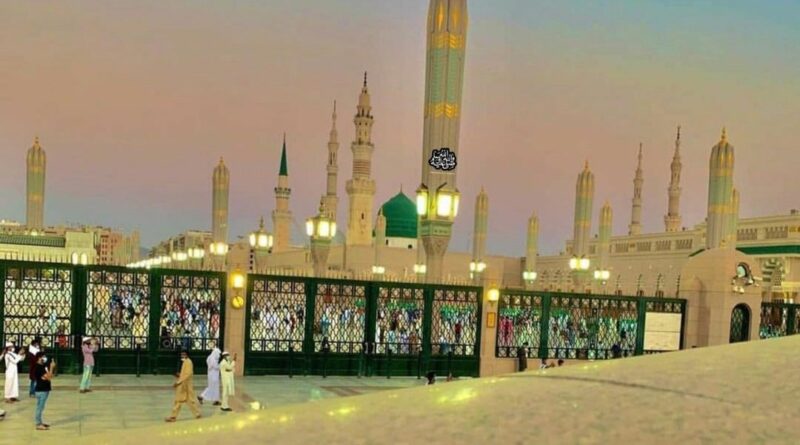 Shab-e-Meraj is one of the events of the life of the Prophet of Islam which Hazrat Muhammad (SAW) took place on the night of 27th Rajab about a year before the Hijrah. It is mentioned in the Holy Qur’an and the Holy Hadith. What instructions did Allah Almighty give to His Messenger (peace and blessings of Allah be upon him) by calling him? The purpose of this night is given in detail in the Holy Qur’an.

“Glory be to the One (Allah) who took his man (Hazrat Muhammad SAW) in one night from the Holy Ka’aba to the Al-Aqsa Mosque, which We have placed blessings, so that we may show Our signs. Surely He is the Hearing, the Seeing”

It is narrated in Bukhari Shareef that the Holy Prophet (saw) said: on this night i.e Shab-e-Meraj, Allah (SWT) came closer to me and the closeness increased so much that there was a distance of two hands between me and the Allah Almighty. The Almighty mentions this condition in the Holy Qur’an as :

“So He (Muhammad SAW) and Allah Almighty became as close and the distance remained as that of a bow with an arrow. Even closer to him, the Holy Prophet (SAW) was satisfied and had a smile on his face”

On the night of Ascension, three gifts were given from the Divine Court of the Holy Prophet. Rehmat-ul-Haq Hazrat Muhammad SAW announced that a servant who does not commit shirk be exalted with forgiveness. Prayers are obligatory on the Ummah. Proof of the performance of these five prayers was the promise of mercy equal to 50 prayers.

On the night of Rajab, regarding the virtue of this night, Hazrat Abu Hurayrah (may Allah be pleased with him) said: He who will keep fast on the 27th of Rajab will be rewarded with fasting for 60 weeks. Bibi Abu Sa’id has narrated from Hazrat Abu Hurayrah and Hazrat Salman Farsi that the Prophet (peace and blessings of Allah be upon him) said: There is one blessing night from the nights in the month of Rajab. The one who worships on that night will get the same reward as worships for nights of one hundred years. This is the night after which the three nights of Rajab are left, i.e the 27th Rajab, this is the day on which Allah Almighty gave the message to Hazrat Muhammad SAW.

Hazrat Abdullah bin Abbas used to stay in I’tikaaf on the 27th night of Rajab and after the Zuhr prayers he start reciting Nafl, recite Surah Ikhlas 50 times and then keep on praying till Asr. It is narrated from him that this was the custom of Hazrat Muhammad SAW.

Don’t worry, everything will be okay, says ISI Chief after landing in Kabul

One thought on “Shab-e-Meraj :: A Night of Blessings and Worships”